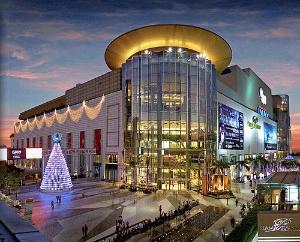 In recent years, one would have to have been living in an incredibly desolate corner of the earth, to not be aware of the explosion of Social Media. The continuous list of networks appears to escalate higher than the annual graphs of its respective users’ base.

In the past, teens and twenty-somethings were often considered the majority of Likers, Tweeters, Tubers, Tumblrs and mySpacers. Additionally, these groups were known more for their less-than- substantive content, such as superfluous slapdash postings of what they ate for breakfast and friends’ sleepovers et al.

The tide has dramatically changed however. The demographics of social media have become an expanding populace of small businesses, international corporations, and even Fortune 500 companies. This type of global exposure has become a growing integral component for businesses to reach the masses in their respective market.

The Tourism Authority of Thailand also took notice of these ubiquitous venues for advertising and publicity. Two of the main reasons are to promote both the country’s popularity in medical tourism and to target affluent travellers.

TAT’s goal is to use social media to market Thailand as a premier destination for ‘quality’ travellers, both in the holiday and business sectors. The agency wishes to change the country’s perceived clichéd value-for-money label, to more of a luxury brand for regional and international travellers.

They have developed both an online social presence and campaign to target four premium classes of visitors – weddings and honeymooners, avid golfers, eco-travellers and tourists seeking medical treatment/s.

Regarding the latter category, TAT is presently promoting medical tourism in Thailand within the cities of Bangkok, Hua Hin, Pattaya, Koh Samui, Chiang Mai and Phuket.

The Kingdom is globally recognized as an affordable medical hub having acquired status with the Joint Commission for International Accreditation (JCIA), in its 20 premiere hospitals.

According to Dr. Pornanke Tardthong, international director of Vejthani International Hospital in Bangkok, an approximate cost of treatment can be anywhere from 1/3 – ½ to that in the US or Japan.

TAT’S online strategy via the use of social media networks, is to acquire more knowledge about its visitors to implement sustainability in its tourism.

Furthermore, to not disregard the dramatic rise in mobile use with travellers, TAT now has 20+ mobile applications to help support this mushrooming international progression in the digital realm.

If the agency can get to know their visitors more intimately through digital media and its multi-channel outlets, they will be able to determine more accurately the wants, needs and lifestyle of their targeted high-end customers.