“Build it and they will come.” At least that’s how the saying goes, but many developers tend to forget that there is also another saying – 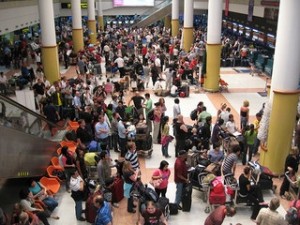 Sadly as a result, many lifeless structures are scattered around Thailand disfiguring the landscape. They are either complete yet remain abandoned, or they didn’t even get past the foundation stage, where the developers threw in the towel due to poor planning and/or misguided budgeting.

Many scenarios of this nature seem to take place in Bangkok, yet other provinces aren’t immune to the dreaded construction-rose-coloured glasses syndrome as well.

However, the Phuket real estate market has fortuitously remained rather unscathed for the most part, where blueprints continue to be drawn up from dawn to dusk. The term –  ‘Location’ can take on a whole ‘nother meaning on this island’s fertile terrain.

One of the reasons for its escalating enthusiasm with development is the ever-increasing tourist numbers to Phuket. Consequently, this has been translating into expanding numbers in foreign investors.

According to figures published by the Ministry of Tourism and Sports, Thailand’s tourist arrivals soared to a record 6,828,718 just in the first quarter of 2013. This number increased 18.94% from the same time in 2012.

The majority of these visitors are arriving from China, Russia, Eastern Europe, India, Malaysia, South Korea, Japan and Singapore. Asians, Russians and Eastern Europeans are now considered the ones with the deep pockets regarding overseas investment in the region. For example, the latter group contributed 74% to Phuket’s recent market.

Many of these tourists tend to convert to property investors after being enamoured with Phuket’s sultry breezes, casual lifestyle and the balmy weather they don’t get back in their home countries. Additionally, reports indicate the island’s hotel occupancy rate presently hovers at 76%, which is the highest level since 2008.

An anticipated annual compound growth over the next four years of 42% in such an unfolding market, has increased a sizable six times in a mere four years.

Regarding Phuket real estate in the condominium sector, the Bank of Thailand states that during the previous five years, the value of condominiums on average has multiplied 10%.

Consider figures of 3+ million Phuket Airport arrivals and an estimated annual growth of approximately 15%. Couple that with an   increasing amount of investors from the aforementioned demographics, it’s certainly a sign of a changing market landscape from years past.