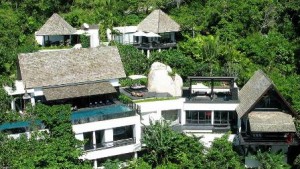 Prices of prime Phuket property are amongst the cheapest of the world’s most popular international homes market according to a new report.

The report also said that while the Asia Pacific region is largely maintaining healthy growth rates with China and India leading the way, the road to recovery remains bumpy in Europe and North America – a scenario that is broadly mirrored in the respective residential property markets.

It also noted the millionaire population is rising fastest in the Far East – with Singapore, Malaysia and China all recording growth of 35 per cent, 33 per cent and 31 per cent respectively.

The report went on to conclude that several Asian markets, like China and Singapore for example, are already exhibiting signs of overheating. If another bubble is developing, this would indicate a worryingly short cycle from trough to peak and back again although both the Chinese and Singaporean governments have taken decisive action to head off such an occurrence through a combination of restrictions on purchases, tax penalties and increased public land sales.