Need an exclusive place to stay while searching for a property to buy in Phuket? Or, perhaps you simply want to take advantage of such an alluring tropical environment where you’re into a little splurging and pampering?

Premium options abound in this Andaman Island gem, where both exclusive accommodation and leisure facilities continue to rank highly according to SmartTravelAsia.com. 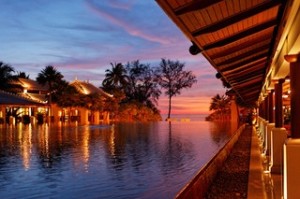 When you have such entities considered ‘top preferences’ chosen by such an expansive audience, it certainly bodes well for both the prospective visitors’ experience and the company’s themselves plus their reputation.

Take for example Leisure Properties. Coming in at a very respectable 2nd place for 2013 in the Top 25 Leisure Hotels and Resorts List, is the Amanpuri Resort Phuket. Then leaping seven positions from 2012’s No.12 spot, is the Bayan Tree Resort Phuket. Also remaining in the Top 10 is the Twinpalms Resort ranked in 6th place. Positioned in the Top 20 at No.14, is the SALA Resort and Spa.

In a destination such as Phuket, it would be virtually sacrilege to not include Spa Properties. The Banyan Tree Phuket holds the coveted No.1 ranking which jumped up from its 4th position in 2012.

Once again, the Amanpuri boasts its spot in two categories coming under No.5 under spas. Additionally, the JW Marriott Phuket Resort and Spa and the Angsana Laguna Phuket placed 4th and 23rd respectively.

Let’s not forget the Conference Hotels. Sometimes it’s not all about hot oil Thai massages and lounging poolside. Business travellers also require their comforts to help soothe the stresses of daylong seminars and mega-dollar project deals.

There are two Phuket Hotels that made it in the Top 25 Conference Hotels; The Angsana Laguna Phuket and the JW Marriott Resort and Spa, which placed 17th and 21st respectively. And when you’re rubbing elbows in such close proximity on the list with heavy-hitters like the famed Raffles Hotel in Singapore, you know you’ve made a name for yourself!

There’s never a shortage of first-class establishments to enhance your visit to the island, either while simply vacationing or if you’re looking to buy a home in Phuket. Given the premium list of entities mentioned, it’s no wonder people from all over the globe flock to this enticing showpiece of the Andaman Sea.