The market of residential property in Phuket should continue to improve in line with the global economic recovery given no new political turmoil, according to a new research.

It is believed that political stability will reinforce consumer confidence, not only for Phuket property for sale but for Thailand as a whole.

The study said the economies of the countries where many of the buyers of Phuket condominiums and Phuket villas come from (Singapore, Australia, Germany, Switzerland, England and Russia) were on the rise. This allows buyers in those countries to feel more confident about buying holiday homes in Phuket.

It was also found the average selling price of villas in Phuket dropped by 14% to 50.3 million baht (1.6 million USD) in the first quarter this year from 59 million baht (1.89 million USD) last year. This was a result of political uncertainty that forced villa owners to reduce their prices to attract buyers.

Although the market was slow in the second quarter due to the political situation, not much supply entered the market. Most villas in Phuket are not pre-built. This is reducing the chances of oversupply. 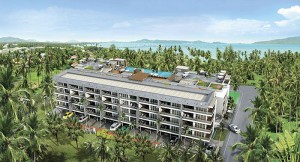 The supply of Phuket condominiums for sale during the first quarter was 4,686 units, up 65 from the end of last year. New projects were small developments while the average selling prices slightly increased to 89,113 baht (2,849 USD) per square meter from 88,885 baht (2,841 USD).